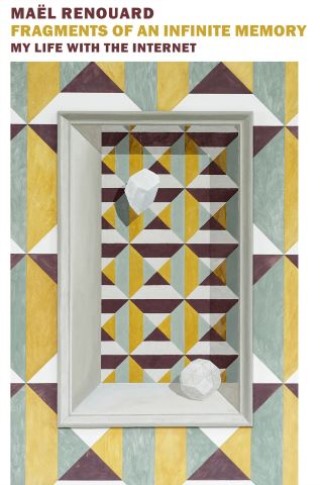 Fragments of an Infinite Memory

My Life with the Internet

A deeply informed, yet playful and ironic look at how the internet has changed human experience, memory, and our sense of self, and that belongs on the shelf with the best writings of Roland Barthes and Jean Baudrillard.

“One day, as I was daydreaming on the boulevard Beaumarchais, I had the idea—it came and went in a flash, almost in spite of myself—of Googling to find out what I’d been up to and where I’d been two evenings before, at five o’clock, since I couldn’t remember on my own.” So begins Maël Renouard’s Fragments of an Infinite Memory, a provocative and elegant inquiry into life in a wireless world. Renouard is old enough to remember life before the internet but young enough to have fully accommodated his life to the internet and the gadgets that support it. Here this young philosopher, novelist, and translator tries out a series of conjectures on how human experience, especially the sense of self, is being changed by our continual engagement with a memory that is impersonal and effectively boundless. Renouard has written a book that is rigorously impressionistic, deeply informed historically and culturally, but is also playful, ironic, personal, and formally adventurous, a book that withstands comparison to the best of Roland Barthes and Jean Baudrillard.

Maël Renouard: Maël Renouard, born in Paris in 1979, is a novelist, essayist, and translator. He has taught philosophy at the Sorbonne and the École Normale Supérieure on the rue d’Ulm, of which he is a graduate. Between 2009 and 2012, he worked as a speechwriter for the prime minister of France. His novella La Réforme de l’opéra de Pékin (The Reform of the Peking Opera) received the Prix Décembre in 2013, and his novel L’Historiographe du royaume (The Historiographer of the Kingdom) was named a finalist for the 2020 Prix Goncourt.

Peter Behrman de Sinéty grew up in Maine and teaches English at the École Normale Supérieure in Paris.